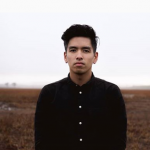 Daren Sirbough is a Musician and Composer. His music is an infusion of interests in multiple forms from Jazz to experimental electronic music and pop. His EP ‘Where we Belong’ released in 2010 is a mix of Indie Pop and Folk music and has been toured across Australia. He is working to create his second project to be released in 2016.
His musical journey started off as a young classical pianist and then after high school moved to Singing and playing the Guitar and Bass. Then in 2011 Daren switched to the piano to learn the art of Improvisation. Daren has been trained under many prestigious pianists from all over the globe such as Greg Coffin (Sydney, Australia), John Harkins (Chicago, US) and Charmaine Ford (Tauranga, NZ) to name a few.